What makes an entrepreneur really stand out? Bold, innovative ideas, surefire instincts and vision spring to mind. But with Karma Group Chairman and Founder John Spence, we’d propose another core characteristic – consistency. John has been honoured with this award on a number of occasions, which reflects his continuing commitment to push the envelope in his chosen field of hospitality – and beyond. And he does so with the same energy and enthusiasm with which he first established what is now Karma Group nearly 30 years ago.

Of course, the last couple of years have been unlike any other in the Group’s history – but that has not stopped John from continuing his entrepreneurial activities with the usual vim and vigour. Through 2021, he led the introduction of a raft of new offerings to members, adapting quickly and efficiently to the changing travel landscape.

These include Karma Club, a brand new private member’s club with a difference, which is already bringing new members into the Karma Group fold, offering great value opportunities to experience the Karma lifestyle at venues around the world. There is Karma Concierge, a brand new bespoke service for existing Karma Group members that enhances their destination experiences by providing unique personalised travel insights, invitations, suggestions and offers from those truly in the know.

John has also deepened Karma Group’s involvement in the world of fine wines and spirits. Since 2016, he has been collaborating with key winemakers across the world to produce a range of high quality wines bearing the Karma stamp, from Tuscany to Bordeaux to Burgundy.

And now, these wines are being joined by spirits, with the introduction of a signature handcrafted small batch gin, a spirit crafted from botanicals sourced from the destinations where the Group’s resorts, hotels, and retreats are located.

Outside of the hospitality realm, Karma Group remains a company devoted to supporting its surrounding community through a range of philanthropic enterprises, all driven by John under the Karma Cares banner. Karma Group spearheaded the drive for mass vaccination in Bali, and joined forces with Operation Recuperation, a UK initiative focusing on supporting front-line healthcare providers recover from the fight against Covid-19. In May 2021 John also established Karma Mayday together with HRH The Prince of Wales Trust in order to help support India as it confronted a Covid crisis, by sending desperately needed oxygen equipment to the country.

To really understand the extent of John’s contribution as an entrepreneur you have to go back to the beginning. John established Karma Group in 1993, introducing to East and Southeast Asia both the boutique villa resort concept and the membership model that allows clients to purchase freehold villas which are then managed by Karma Group. Both have proven phenomenally successful, offering incredible destination experiences to owners, members and guests as well as attractive returns on investment.

John’s vision for Karma Resorts combines the luxurious private pool villa experience with the services and facilities of a world class resort: offering expansive holiday residences with access to five-star amenities and experiences ranging from holistic healing retreats to hedonistic wine tastings – further pushing the “Five Star Hippy” ideal that’s so close to his heart. John’s philosophy that life is a celebration permeates his companies and his cultivated yet laid back lifestyle concept has consistently been rewarded with the industry’s top awards. For the third year running John Spence won for GNEX Entrepreneur of the Year, for his continued work at the helm of one of the most successful resort groups in the world.

Currently, John oversees three global divisions; Asia and Australia; India and Middle East; and Europe and Caribbean. The company has zero debt or leverage and is still 100% owned by John. It is the market leader in its field and is poised for dramatic growth with future projects providing a global reach and an array of distinctive destinations beyond any other boutique hotel group in the world today.

Today, Karma Group is one of the biggest independent travel and lifestyle brands in the world outside North America. As of May 2021, Karma Group operates 44 resorts across Europe, Asia and Australasia, including India, Indonesia, Italy, Thailand, Australia, France, Germany, Greece, Spain, Vietnam and the United Kingdom. Not only that, but in a year when many hospitality companies’ operations ground to a halt, John was able to add an additional properties to the Karma Group portfolio – And in 2021 – despite the ongoing Pandemic – Karma Group announced the acquisition of nine new resorts – Karma Salford Hall, a historic Tudor manor in England’s famous Cotswolds; Karma Salak, a highland retreat on the island of Java and Karma Merapi, a historic residence in the beautiful Javanese city of Yogyakarta in Indonesia; Karma Sunshine Village in the countryside outside Bangalore, Karma Seven Lakes in the fabled city of Udaipur and Karma Golden Sands, a luxury desert encampment in Jaisalmer, in India; Karma La Herriza, a stunning hacienda in Andalusia, Spain and the recent acquisition Karma Lake of Menteith, a lakeside resort in highland of Scotland. John continues to expand the Karma Group portfolio of properties further.

This focus on expansion may seem to fly in the face of industry trends, but it reflects John’s confidence and strategically astute approach to business as well as his dedication to owners, members, guests and staff. There are currently six additional properties in development or under negotiation for acquisition.

Despite the unprecedented circumstances brought about by the Pandemic, Karma Group has continued to maintain excellent relations with its members thanks to clear communications and John’s insistence on continued benefits – including adding four additional new products for member use, with an emphasis on domestic tourism given the situation. Besides bringing nine new resorts into the fold, John has launched two additional new products in the shape of, Karma Nomad – where Members can hire luxury caravans / campervans and travel at their leisure through stunning destinations across Australia & New Zealand. Karma Kasa – a network of new escapes that are geared towards domestic travellers, in response to international travel restrictions. And the recently launched Karma Club – a lifestyle members club with a difference.

Looking further back, in 2020, Karma Group celebrated 28 years of operations in India. Marking this milestone, John Spence awarded the Preverger Penguin Prize Scholarship to several talented students from Christel House India in Bengaluru. Karma Group is known for its commitment to making a difference to society at large and has been supporting this organization since its inception. Karma Group has empowered these students to pursue their dreams of tertiary education by removing the financial barriers in their path. These students are given the opportunity to become a part of the fabric of India’s future in business and the community, transforming their lives forever.

In 2019, John was honored by the Yale University School of Architecture by being appointed the Edward P. Bass Distinguished Visiting Architecture Fellow for the second time, marking the first time the same person has been appointed more than once. John taught graduate level advanced studios alongside the renowned architects Patrick Bellew, Henry Squire and Tim Newton. They are using Karma Group’s resort on the Indonesian island of Gili Meno, “Karma Reef”, as a test site for the students who will be challenged to design a resort on the island to be sustainable, economically viable, architecturally exciting and as resilient as possible to earthquake, tsunami and natural disasters. Although mostly teaching at Yale, John brought the architects and students to Karma Kandara on Bali, and Gili Meno, to better understand the local environment and conditions.

In 2018, John was welcomed at three prestigious universities; UCLA, Yale and the University of Pennsylvania. In April, John and Georgina Huljich of P-A-T-T-E-R-N-S tasked 14 masters’ students from the University of Pennsylvania to design a 40-room hotel for a piece of land in Mykonos, Greece, owned by Karma Group. Spence worked with the students during the entire process and even sponsored a research trip to Mykonos. In October, Spence spoke to MBA students at the Yale Business School about international real estate and the current trends happening in the hospitality industry.

In 2016, Karma Group and Sanctum Hotel Group announced a joint venture to develop a series of authentic rock ‘n’ roll styled and orientated hotels in strategic locations around the world, accompanied by an exclusive private membership club, now with over 85,000 members. Plans have been developed to build Karma Sanctum Bali, joining Karma Sanctum Soho in London and Karma Sanctum on the Green, Royal Berkshire, in the English countryside. In 2019, the joint venture announced the launch of Mole & Badger Restaurant Bar & Wine Emporium, located within Karma Sanctum on the Green in the picturesque English village of Cookham Dean.

With a common outlook towards all opportunities, John believes that there is always a unique strategy designed to deliver the maximum outcome, whether in the form of a fresh, innovative beginning, an enhancement to an existing model or simply taking an established platform and maximizing it through community partnerships and the introduction of external networks.

John’s philosophy is that work should be taken seriously and be profitable but, like sport, be fun, challenging and something you do for enjoyment. This is why he is a prime candidate for this award and why he has been recognized as an excellent judge of entrepreneurship himself. A former winner of the Ernst and Young World Entrepreneur of The Year Australia Award, John has also been a member of the award’s global judging panel. Being recognized as a leader by his entrepreneurial peers across all industries worldwide is a testament to John’s relentless pursuit of the next great challenge.

John Spence has the unique talent to break down as yet unseen barriers, whether spotting and acquiring land in areas still undiscovered that later become global hot spots, to creating a new five-star experience and brand philosophy that has changed what staying in a five-star resort means. To win would be a crowning achievement for an entrepreneurial titan who has singularly challenged so many established boundaries to create opportunities, not only for himself, but for those many people he works with and for every day.

What’s on the agenda for John Spence and Karma Group in 2022? One thing that is certain is that the future looks bright, as we finally see the light at the end of the Covid19 tunnel. John will continue to push the envelope both in building Karma Group and offering ever more products and services to the Group’s more than 85,000 members and clients, but also in his philanthropic endeavors, applying the same commitment, ingenuity and dedication to everything he turns his hand to. 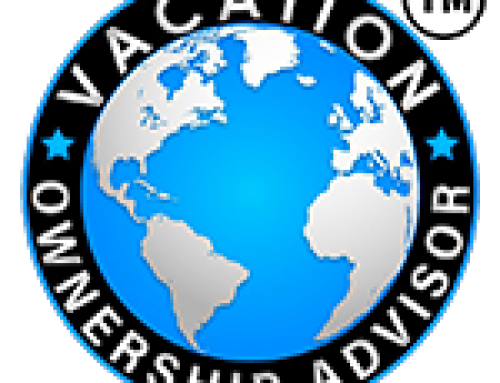 Jonathan Stoker CEO/Founder of Vacation Ownership Advisor for Entrepreneur of The Year.

Jonathan Stoker CEO/Founder of Vacation Ownership Advisor for Entrepreneur of The Year.